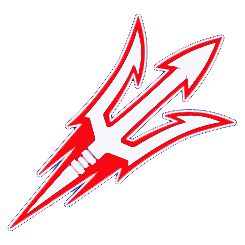 Trident Club Agenda and Minutes, Online December Meeting
The Board held an online meeting to discuss any new items and voted on any items following the November Meeting and Referendum passing.  All Board Members replied and voted unanimously as follows below.
1.    Assigning Sister/Brother Sports.
It was proposed that every team has an assigned  “Off Season” team helping rally up support and school spirit.
Result:  The Board decided to shelf the idea for now and start from beginning of the 2017/2018 athletic season.
2.     Taking over the sale of the Adult Season Athletic Passes and selling the “mistake” Athletic Passes for Students that were accidentally sent by Life Touch.
Coach Campbell said we could take back over the season Adult Athletic Passes.  Sell them for $50 since football is over.   (They started at $70) We also have all the Student Passes handed out so we can now focus on selling the “misprints” to other students.  Would sell for $20 just like the others.  We are in need of volunteers to help sell!
Results:  The Board Votes yes to both
3.     Mats for Cheer Leading
Coach Campbell approached Billy Smith as well as Worth Thomason if they will buy or at least contribute to the cheer mats.   He was explaining to them that LE could hold some tournaments ourselves to earn the money back plus some.
Results:

Billy Smith/District Office has offered to donate $2500 toward the new Mats,

Board voted YES to the $1500 contribution

PESIDENT’S WELCOME: Kim Setzer shared the purpose of Trident is to raise funds for the LEHS Athletic Department according to the vision of the AD and coaches. Teams will continue their own fundraising, rotation on uniforms will continue as is. The Trident Club will continue to help in areas that benefit the entire team as a whole.

TREASURER REPORT: Shane Kirkley shared the status of accounts and that the name change has been approved and is recognized by the State of South Carolina.

VOLUNTEER COORDINATOR: Kelli Bowers reviewed the upcoming needs of the Sadie Hawkins Dance which include: ticket sales/decorating volunteers/chaperones. It will be held at the Annex on Nov. 12th from 7-11pm.

SCHOOL SPIRIT COORDINATOR: Amanda Holland introduced the goals and purpose of the Jr. Trident Club, their latest projects and fundraisers. They are selling pink flags for Breast Cancer Awareness for $1. They had 27 students attended the first meeting. President is Kenley Logan. Vice President is Sophie Holland. The idea of a Parent Spirit Council for special spirit opportunities like goodie bags, pep rally’s was brought up for discussion. All in attendance seem to think Jr. Trident could head this up as it continues to grow and parents would foster that through their individual sports to show appreciation and support to a fellow sport to create the ONE TEAM ONE SPIRIT idea.

SPIRIT SHACK UPDATE: Tina Crane asked for new ideas for items to sell at shack. Many great ideas were given and prices will be checked to sell those items. Everyone agreed that selling those items at other sporting events would be beneficial.

ATHLETIC DIRECTOR REPORT: Matt Campbell addressed board with his goals and vision for The Trident Club. He answered questions brought to his attention by the parent sports representatives.

TRIDENT PARENT COUNCIL: Each representative brought to light their team’s needs, successes and upcoming events. The needs of each team will be voted on at the Nov. 7th meeting. All of the teams upcoming events can be found on www.DemonActivities.com.

Girls/Boys XC- UniformsTrack- uniforms to match as a team/ drivers

Wrestling- volunteers to help at tournaments

*Trident Club does not purchase food for teams to feed athletes.

TRIDENT SOCIAL MEDIA: Jeanene Campbell created the following to keep flow of information going.           Twitter: @TheTridentClub. Information will also flow out to the community from www.DemonActivities.com

VOTE: Ordering athletic pass gate sign. Location of gate will be beside Spirit Shack and will be only for Student Passes/LE Athletic Pass holders. Only home games. Metal detectors provided by Matt. Unanimous vote by board YES to all of these.

VOTE: Matt Campbell talked about an infield being donated and the naming of that infield. Unanimous YES vote.