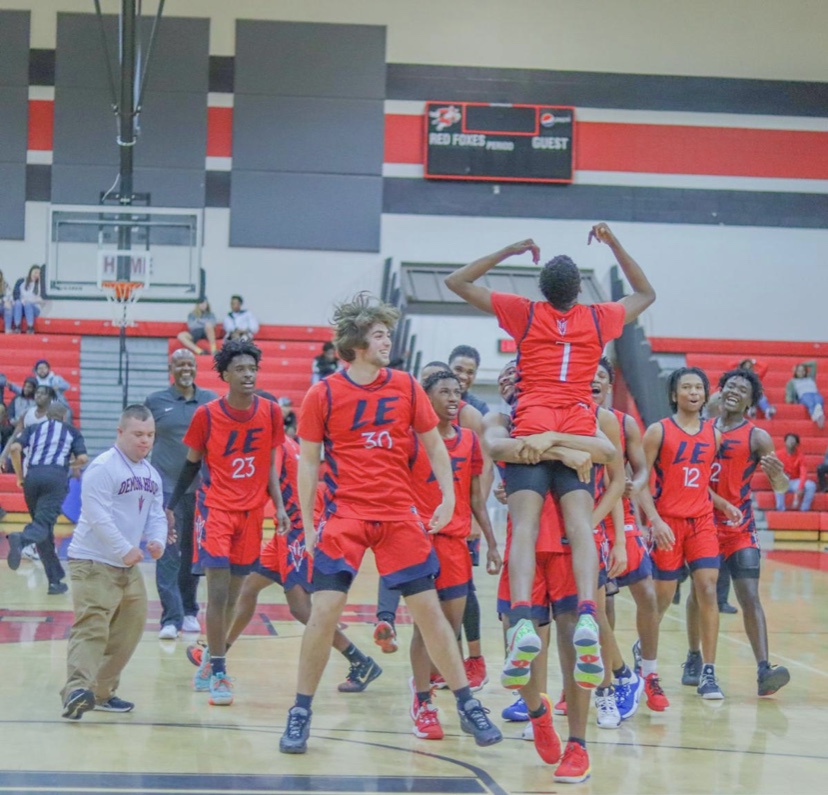 Down 1 to Darlington High School, 62-61 with 8 seconds left to play, the Demons would take a timeout to draw up one last play in an attempt to win the game, and Senior Guard DeVante Johnson helped do just that.

The Demons took a break from region play Saturday night to compete with some of the best teams from NC and SC in the Hartsville Showcase hosted by Hartsville High School and Phenom Hoop Report. The event was covered by several media outlets including Phenom Hoops, SC PrepHoops and SCNow.

After coming off a tough battle with Blythewood High School Friday night where the Demons fell 71-57, Lugoff-Elgin had a quick turnaround to play again Saturday Night which probably aided in the Demons slow start offensively, shooting just 32% in the first half. The Demons found themselves trailing 24-35 at half.

It was Junior Guard Kyjuan Gadson that pulled the Demons out of their scoring slump connecting on three – 3 point shots. Gadson scored 13 of his 22 points during the 3rd quarter. The Demons would eliminate their 11 point half-time deficit making the game tied 48-48 entering the 4th quarter.

On the Demons second offensive possession of the 4th quarter, DeVante Johnson would drive left and score a layup to take the lead 50-48. The Demons would not trail during the 4th. Up 3, 58-55 with 35 seconds left, LE Demons had a chance to put the game away but missed the front-end of a one and one free throw opportunity that Darlington would answer back immediately with a made layup while drawing the foul. Darlington, making their free throw attempt, tied the game 58-58.

With 13 seconds remaining, Maurice Haymon hit James Anderson on a back door layup which would have put the Demons up 2, but was waved off for an offensive foul. Darlington pushed the ball down the court from the inbound, put up a quick transition three that was slightly off the mark. Kyjuan Gadson got caught up in the rebound, which resulted in a jump-ball that was in favor of the Demons. With only 5 seconds left in regulation, the Demons were unable to get a clear look at the basket and their last shot attempt by Johnson was missed taking the Demons and Falcons into overtime.

Overtime went scoreless for the first minute and 15 seconds until Gadson drained a 3point shot assisted by Johnson. Darlington would answer back with a drive and dump down layup cutting the game to 1. The next possession for the Demons came up empty and was followed by a foul on the defensive end, sending Darlington to the free-throw line to take the lead by 1, 62-61. With 8 seconds remaining the Demons would call a timeout which led to a DeVante Johnson 3-Point Shot sinking in as the buzzer goes off. Demons win 64-62.