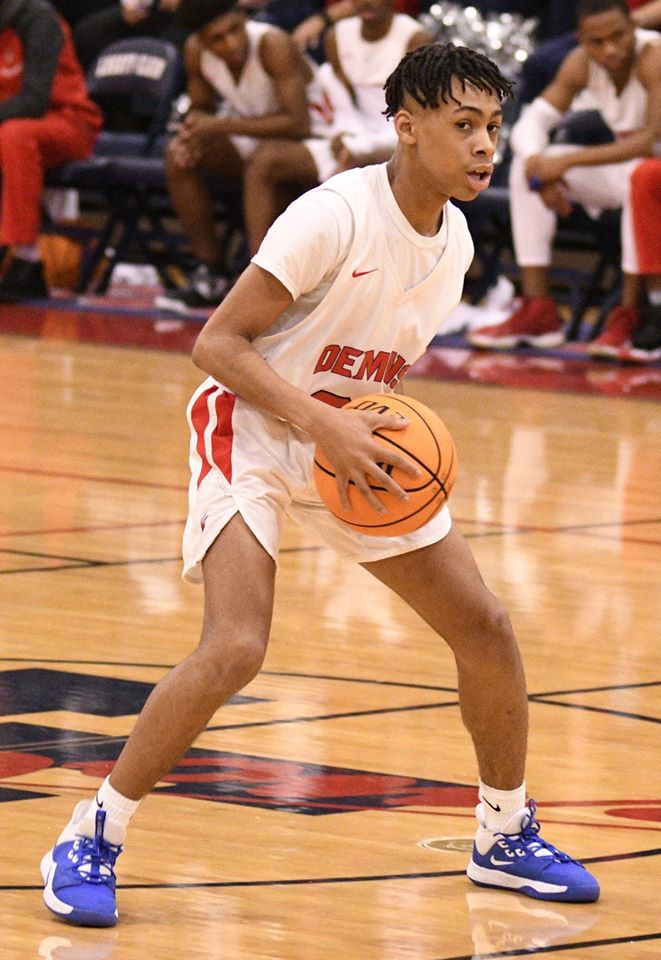 After a sluggish offensive 1st Quarter for both LE and Sumter, the Gamecocks held a slight advantage, 10-7. The Demons would continue to struggle in the 2nd Quarter falling behind 21-10 mid quarter. After making the adjustment to put more pressure on the ball handler which led to Sumter turnovers, the offense would finally get rolling as Sr. Devante Johnson scored 8 of his 23 points in the quarter. Demons would trail at half 25-19

3rd Quarter belonged to Lugoff-Elgin as So. Jermaine Nelson, knocked down 2 three-pointers and Sr. Jordan Williams hitting 1 three-pointer giving the Demons the momentum they needed to cut Sumter’s lead to 1 entering the 4th Quarter, 35-36.

Sumter would maintain its advantage over LE for the majority of the 4th. Demons found themselves trailing 48-51 late in the finals minutes, but a charge drawn by Jr. Jaylin Brunson changed the momentum by fouling-out Sumter point guard, Joseph Durant. On the next offensive possession, Devante Johnson hit a 3, assisted by Sr. Maurice Haymon to tie the game 51-51. Sumter would quickly answer back scoring a layup making it a 2 point game, 53-51. Demons attempted to get a 3point look for Devante Johnson, but it was off the mark. Jordan Williams got the rebound and attempted a put-back, but it did not fall. Jaylin Brunson came in on that rebound with a layup finish to tie the game, 53-53 giving the Demons all the momentum heading into overtime. Demons were excellent defensively in OT holding Sumter to just 3 points and would win 62-56 picking up their first AAAAA win in program history. Demons are now 1-0 in region play and travel to Spring Valley on Friday. Tip-off scheduled for 7:30pm.